The society use labels to describe our environment, jobs, genders and indeed roles. Disability happens to be one of the labels given to persons with physical or mental impairment that substantially limits him/her from more life activities or major body functions. The term disability is viewed in medical, social and bio psychosocial models depending on the angle of its usage. Regardless of the angle one views the term, the bottom line is that an impairment impacts a major life activity of an individual and therefore limits their ability to perform manual tasks, such as; hearing, speaking, seeing, eating, sleeping, walking, standing, lifting, bending, breathing, working, and caring for oneself plus school-related activities such as learning, reading, concentrating, thinking, and communicating. 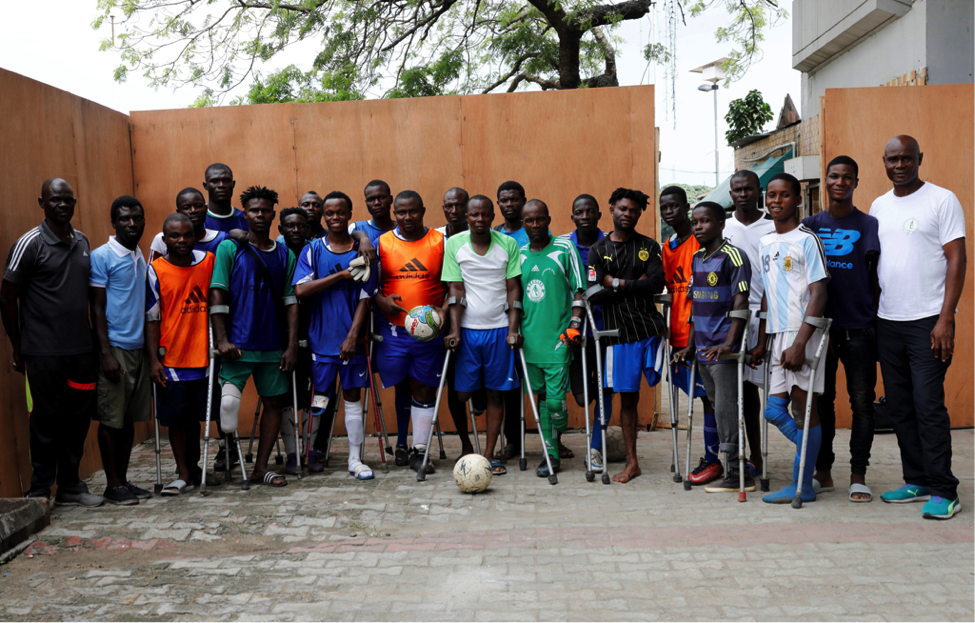 eyond the physical and mental limitations that impact people with disabilities, social factors such as stigmatization, discrimination and other cultural beliefs further constitute a psychosocial challenge to them. Sport therefore plays a key role in the lives of people with disabilities such as it does for people without disabilities. It encompasses all forms of physical activities including play, recreation, exercise, organized and non-organized games, and competitions. Sport training leads to acquisition of new skills and help in working with others. It has the potential of providing people with disability with healthy competition, valuable life skills, time economy, and positive social interaction.

There is substantial evidence to show that people having different types of disabilities had enjoyed participation in sport as early as 18th and 19th centuries. For instance, at the end of the World War II, many war victims had to be managed through rehabilitation. In 1944 precisely, a sports competition was organized for the World War II veterans with spinal cord injury, was repeated in 1948 and finally expanded to other groups, which gave birth to Paralympics Winter Games in Sweden, 1976. This had given the impetus for the inclusion of play, sports and games in our schools’ curriculum, which gave birth to the teaching of Physical and Health Education, particularly the subject of adapted physical education.

The inclusion of adapted physical education/activities including exercises, games, rhythms and sports designed to meet the unique physical education needs of individuals in schools has remained a significant development in the lives of people with disabilities in schools and society. The likes of Oscar Pistorius from South Africa who become the first double amputee to compete in Olympic games are examples of people with disabilities who indeed have pushed aside their conditions to make meaning in life thereby fulfilling this old phrase that there is “Ability in Disability.”

Just as it is with ‘not too young to run’, it is also same with ‘not too disabled to play.’ A visit at most stadia will interest many who don’t believe in the ability of people with disability. In Nigeria for example, many people with disabilities have formed sport clubs and associations for the promotion of these benefits. A body known as Joint National Association of Persons with Disabilities (JONAPWD), an umbrella body aimed at promoting the rights of people with disabilities was formed in 1992 in Nigeria and is a member of the Disabled People’s International (DPI). Other professional groups include the Paralympic Athletic/Sport Federation, Special Olympics Nigeria and the Nigeria’s Amputee National Football Team which is currently preparing for Amputee World Cup Competition. While the shame of returning from Olympics with no medal by the abled bodied persons still stare us on the face, persons with disabilities have always made the nation proud in many sports including weight lifting, table tennis, wrestling and the like.

Despite the tremendous successes recorded so far in the area of sports, persons with disabilities face a number of barriers to participation in sports. Some of these barriers may include and not limited to:

There is need to support and encourage sport participation by persons with disabilities.