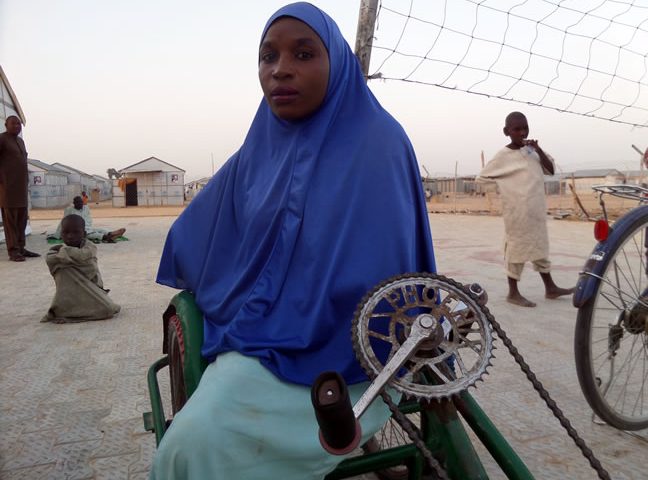 Highlights on humanitarian situations faced by Persons with Disabilities in Nigeria

Abuja - September 26, 2018 - Grassroots Researchers Association (GRA), a leading grassroots research-based non-governmental organization in Nigeria recently surveyed on the needs and challenges faced by persons with disabilities in three core North-Eastern States that is seriously affected by the Boko Haram conflict including Adamawa, Borno and Yobe. The findings reveals that persons with disabilities face several challenges which include negative treatments and attitudes from some members of the society, lack of universal access to public buildings and public transportations, lack of access to inclusive education, healthcare, employment, political and electoral participation, vocational trainings, recreation and sports. Majority of those interviewed said they are negatively treated by some members of the society, even as a 55-year old blind man from Yola, Adamawa State explained how he, alongside with other physically challenged persons were ill-treated and called “senseless beggars”. In a similar narrative, another 55 years old blind man from Damaturu, Yobe State recalled how a driver forced him and his blind friend out of a car on their way from Damaturu to Kano when the driver realized that they are visually impaired. “It was raining that day and we slept under a lorry”, he added. On access to public buildings, a 19-year old crippled girl shared her experience at the University while doing a Diploma programme. According to her, “I (used to) find it difficult moving around with my wheelchair that sometimes I had to forfeit some of my lectures,”as most of the halls do not have support paths for disabled persons. “Some students see it as a taboo to make friends (with) or date a disabled lady”–she stated. “After giving him my card and pin, he almost emptied my account, dropped my card on my lap and disappeared into thin air. I screamed and wailed but no one was there to help me out,”a 34-year old cripple student of Adamawa State Polytechnic narrated how a fraudster took advantage of him when he beckoned on the young man to assist him make withdrawal as he could not access an ATM due to staircases. The report recommends that Nigerian President should assent the Disability Bill to ease the suffering of Disabled Person. Government Agencies, community leaders, private sectors and developmental partners should respond to the needs of person with disabilities by developing policies on disability that will ensure the welfare and protection of Nigerians with disabilities from exclusion and marginalization. The civil society groups and other stakeholders should mainstream disability programming at all stages of their project cycle.